Mikao Usui was the originator of what we today call Reiki. He was born on August 15th 1865 in the village of ‘Taniai-mura’ in the Yamagata district of Gifu prefecture Kyoto.

Mikao Usui probably came from a wealthy family as at that time only children from wealthy families could get a good education. As a child he studied in a Tendai Buddhist monastery school entering at an early age. He was also a student of different martial arts. His memorial states that he was a talented hard working student, he liked to read and his knowledge of medicine, psychology, fortune telling and theology of religions around the world, including the Kyoten (Buddhist Bible) was vast. He married and his wife’s name was Sadako, they had a son (born 1907) and daughter.

Usui sensei studied and traveled to western countries and China several times, this was encouraged during the Meiji Era and later, to learn and study western ways.

During his life Miako Usui held many different professions such as public servant, office worker, industrialist, reporter, politician’s secretary, missionary, supervisor of convicts. He also worked as a private secretary to a politician Shimpei Goto, who was Secretary of the Railroad, Postmaster General and Secretary of the Interior and State.

At some point in his life he became a Tendai Buddhist Monk/Priest (what we in the west call a lay priest). On several occasions he took a form of meditation lasting 21 days. On his memorial it says that at one time this took place on Mount Kurama (Horse Saddle Mountain). This is where he is supposed to have been given the inspiration for his system of healing – Reiki. It is very likely that he incorporated ideas and knowledge about healing from other system, both spiritual and physical, like Chinese Medicine, other Eastern healing systems like Chi Gong, the Japanese equivalent Kiko, acupuncture and others.

Mikao Usui found that the healing techniques contained within his spiritul system worked well on various ailments. In April 1922 he opened his first school/clinic in Harajuku Tokyo. Usui had a small manual which is now translated into English and published by Western Reiki Master living in Japan, Frank Arjava Petter, under the title “The Original Reiki Handbook of Dr Mikao Usui”

Mikao Usui’s skills as a healer and teacher must have been very good and his fame spread very quickly throughout Japan. This was a time of great change in Japan, opening up to the West and changes both in government and religion. His teachings became popular among the older people who saw them as a return to old ideals and spiritual practices.

His school/clinic was formed not just for the spiritual teachings but it was also a way for people to obtain healing. As people in general at this time in Japans history were very poor, healing sessions were very cheap or free. According to Japanese history articles, healing and other similar practices at that time would be given for a minimal cost or more likely for free.

Reiki students seem to have worked with the teacher as a sort of payment (a small monetary fee might also have been involved).

In 1923 on the 1st of September an earthquake shook Tokyo and Yokohama, measuring 7.9 on the Richter scale. The epicenter was 50 miles from Tokyo. Over 140,000 deaths were reported. The majority were killed in the fires started by the earthquake. It was the greatest natural disaster in Japanese history. Mikao Usui and his students started to give healing in the area and the demand and need for Reiki was enormous and as a result of his work he became even more famous.

In 1925 Usui had become so busy that he had to open a new larger school outside Tokyo in Nakano. As he traveled widely his senior students would continue with his work when he was away from his school/clinic.

Dr Mikao Usui passed away on March 9th 1926 at the age of 62. He is buried in Saihoji Temple in Suginami-Ku, Tokyo. Later his students created and erected a large memorial stone next to his grave describing his life and work. Much of the new information about Usui Sensei comes from the translation of this memorial.

Usui Sensei’s techings were divided into 6 levels, Shoden (4 levels), Okuden (2 levels) and Shinpi-den. The beginning level student (Shoden) had to work hard at increasing their own spirituality before being able to move on to the Okuden (inner teachings) level. Not many students reached the next level of Shinpi-den – Mystery/secret teachings. It is reported that he had taught his system of healing to well over 2000 persons, and what we in the West call Reiki Masters (no such title existed in Japan at the time) to 15 – 17 persons.

Dr Hayashi has played 2 important parts in Western Reiki. Number one is that he is probably the originator of the hand position system used here in the West. Number two is that he initiated Mrs Takata to Reiki Master which brought Reiki to the West.

An ex-naval Officer in the Japanese Navy and a Naval Doctor who graduated Navy School in December 1902.

He started his Reiki training with Usui Sensei in 1925, 47 years of age. It is believed he was one of the last Reiki Masters trained by Usui.

Following his first training he left the Usui school and started a small clinic in Tokyo named “Hayashi Reiki Kenkyu-kai”, which had 8 beds and 16 healers. Practitioners worked in pairs of two to a bed giving treatments to patients.

Hayashi originally had seven to eight hand positions that covered the upper body only. These positions are based on the Eastern traditional healing methods (such as Chinese Medicine) that the “body” is the head and torso, the limbs are considered “external”. When treating these positions, which cover major energy center’s (acupuncture points), the energy will flow not only through the body but also to the arms and legs. (using meridians). Therefore it is only necessary to treat the head and torso in order to treat the entire body mind.

Usui Sensei used head positions only, then treated any problem area on the body. He also gave additional positions for treating specific conditions.

It seems that Hayashi may have adopted further hand positions and that these may have been the base for the hand positions used in the western world. These hand positions that cover the whole body gives a better overall flow of energy around and through the body.

Dr Hayashi compiled his own 40 page manual on how to use the hand positions for certain ailments. This manual may have been give to his students. During his work with Reiki he initiated about 17 Reiki Masters including Mrs Takata.

Chujiro Hayashi ritually ended his life by committing Seppuku’ on May 10th 1940.

Reiki comes to the West

Hawayo Takata was born at dawn on December 24th 1900, on the island of Kauai, Hawaii. Her parents were Japanese immigrants and her father worked in the sugar cane fields. She eventually married the bookkeeper of the plantation where she was employed. In October of 1930, Saichi Takata died at the age of thirty-four leaving Mrs. Takata to raise their two daughters.

In order to provide for her family, she had to work very hard with little rest. After five years she developed severe abdominal pain, a lung condition and had a nervous breakdown.

Soon after this, one of her sisters died and she traveled to Japan where her parents had moved to deliver the news. She also felt she could find help for her poor health in Japan. Here she came in contact with Dr Hayashi’s clinic and she began receiving Reiki treatment.

Between 1970 and her transition on December 11th 1980, Mrs. Takata initiated twenty-two Reiki Masters.

The original twenty-two teachers have taught others. In the decade since Mrs. Takata experienced transition, Reiki has spread rapidly in the West and East and is now practiced throughout all parts of the world. There are now tens of thousands of Reiki Masters and millions of people practicing Reiki throughout the world. 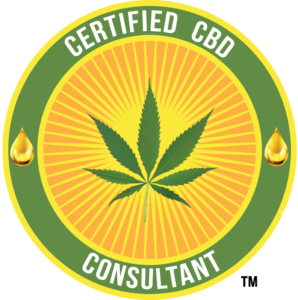 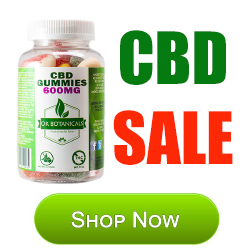